Wait, What Is It?

Central Limit Theorem is a survival shooter where you have to protect your core for as long as you can from the shapes attacking it. It's a quick, simple, stressful, high-score shooter designed to be played between other, more substantial games.

Each enemy starts with a unique behaviour (they can shoot, weave, or orbit) and they each leave a different coloured ink on the playfield. When another enemy crosses this ink later it will learn the behaviours of those that went before!
The more ink, the more difficult the game becomes!

How Do I Play It?

A tutorial will play the first time you run the game. It can be played again by shooting the 'Help' button. Shoot the 'Play' button to start a game!
Protect your core for as long as you can, and aim for a high score!

Why Should I Buy It?

Beyond supporting me and encouraging me to make more games, if you buy the game, you'll get a proper, customisable Unity-style executable for Windows, Mac, and Linux. This will allow you to have:

•  Higher resolution and different aspect ratios!
•  Better anti-aliasing for smoother graphics!
•  The ability to easily save a picture of any run by shooting the 'Photo' button
•  A 'secret' bonus alternative game mode! (Try shooting things in the main menu)
•  Probably much better performance!

ATTENTION: The design might cause some difficulties for any of you lovely people with colour perception issues. Please try the demo and check out the screenshots before buying to make sure you won't be disappointed! I believe the game is still playable, but it might be more difficult!

When Was It Made?

I couldn't get along to the Global Game Jam 2018 (#GGJ18), but I decided to create something within the same time frame. The theme was 'transmission', so I allowed enemies to transmit their behaviours to each other via ink! Since then loads of new features and polish have been added to Cental Limit Theorem!

I'm delighted to announce that my latest game, SOLAS now has a Steam page! If you like Central Limit Theorem, neon, and puzzles then I think you might like it. If you are interested in tracking its development, I'd really appreciate a wishlist too: http://armor.ag/SOLAS

In order to download this game you must purchase it at or above the minimum price of $2 USD. You will get access to the following files:

Great! but its crying out for a mouse option! if it gives an unfair advantage then maybe it could just be left off the leaderboards

I like your game, nice job on it. I do like that you had a free online part as well so everyone can experience at least a demo. I'll have to give the downloadable one and secret mode a try in the future, as I got this through a bundle!

Thanks very much, I'm glad you enjoyed it! The secret mode gets really intense, but I really like playing it!

i really like this game! it's simple but very clever and has a great aesthetic to boot

those triangles are real assholes though :'D

Thanks so much, I'm delighted that you enjoyed it!

(Personally I get most annoyed at the squares... wiggly so-and-sos!)

Having enemies learn each others' behaviors is a very cool concept. I think this idea could be more fleshed out as a twin-stick shooter.

Thanks very much! It was fun to work on, and I'd love to do more with it when I get some time. It was at least partially inspired by mono by Binary Zoo, which is more of a twin-stick shooter... so you might be interested to check that out! https://www.binaryzoo.com/mono_page/

Not sure what's going on here but I can't Download or Claim this.

Hi there, sorry you've having issues, but I have little control over the downloading or claiming mechanism aside from setting the price! I got a couple of people to check today and they were able to claim it. Perhaps itch.io was being overloaded when you tried? All I can recommend is to try again, or ask itch.io support if it still doesn't work. Good luck!

Good news is that I found a workaround.

Something weird on my end, any game on this site that has a playable web version seems to give me this problem.

Ah, glad to hear you found a workaround. Thanks for letting me know!

Very good game, just fyi I tried it first on Microsoft Edge and it was stuck on a black screen.

Huh, that's interesting! I wonder why...

Thanks for the kind words and for letting me know though!

Thanks for letting me know! It's hard for me to debug at my end though, as it's working in all the modern browsers I have! For now, I'd recommend downloading it if you want to give it a try! It runs better that way in any case :)

Right up my street, makes me infuriated at my own inadequacy. Love it.

Thanks so much! I'm glad that you enjoyed it :D

Brilliant and clever game, well worth the price tag! Thoroughly enjoyed accidentally discovering and playing the 'bonus' mode too, and I could happily sit and play this all night trying to beat those top scores :)

Thanks very much, it's lovely to hear that you enjoyed it! If you want to beat the creator, my best score is 102 ;) 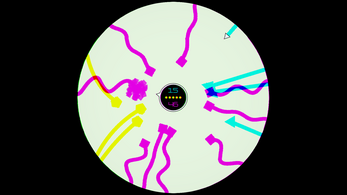 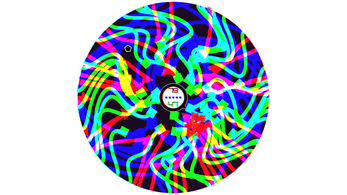 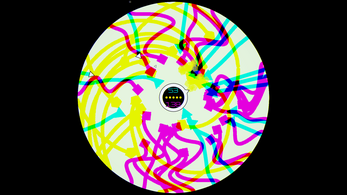 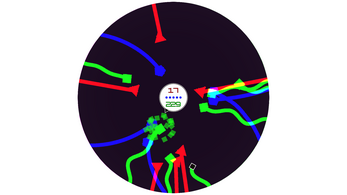